Is Omicron the price we pay for neglecting the health care needs of Africans? 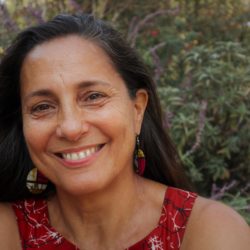 The current COVID-19 health care crisis is reminiscent of the challenges African countries faced when HIV treatment was slow to become affordable and available in hardest-hit African countries. The world has once again been slow to ensure that Africans have equal access to lifesaving treatment and care.

In the 1990s and early 2000s, the world ignored the needs of African countries impacted by HIV. Consequently, Southern and Eastern African countries have been ravaged by HIV.  In South Africa, ART (anti-retroviral treatment) only became available to the general population in late 2004. By then, it was home to the largest number of people living with HIV. Today approximately 8 million people, 20.4% of South Africans, are living with HIV.

The recently reported variant of COVID-19 has everyone in a fluster. Omicron shows significant changes in the spike protein which means that it can more easily attach to our cells and initiate infection. Researchers worry about its potential rapid spread. In less than two weeks it has already been identified in 38 countries.

Researchers are puzzled about how it emerged. Its nearest DNA match was detected in June 2020 and there is no evidence of related variants until November 23 when researchers in South Africa reported to the world that Omicron is a concern. According to Durban-based Professor Richard Lessells, “[Omicron] doesn’t seem to have emerged from a normal evolutionary process.” (The Telegraph, November 26, 2021).

Scientists are speculating that the origin may be in an immuno-compromised individual, someone living with cancer, viral hepatitis, or HIV.  Some claim it is possible that an individual with a compromised immune system became infected with COVID-19, developing a chronic infection that didn’t clear up in the usual 7-10 days. Instead, the virus kept mutating to evade their immune system response, eventually resulting in what we now know as Omicron.

Theories aside, COVID-19 vaccine availability has been a severe problem in Africa where only 7% of the population is fully vaccinated and close to 10% partially vaccinated. We have been hearing about this for some time but still have not done much to improve the situation. Unlike HIV, which is only spread through intimate contact, COVID-19 is airborne and can spread so easily to anyone in its path. We cannot afford to neglect the health needs of Africans. This is not simply a racial justice issue, though it should be. It is a global health crisis.